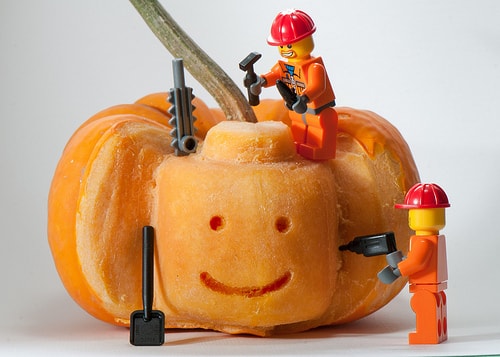 Halloween is coming up, and it’s a hard one to ignore in the classroom. Sure, you can always use the traditional cut and paste pumpkin activity, but let’s think about how we can capture students’ excitement and use it to deepen thinking and increase knowledge?

It’s always interesting to see how things started, and Halloween has been through an interesting change over time. While exploring Halloween’s history, students are sure to encounter ideas that offer new perspectives.

You class might begin by learning about Halloween’s connections to All Saints’ Day (also known as All Hallows’ Day, from which the name All Hallows’ Evening transforms into Hallow’een).

Students can also investigate the Gaelic festival of Samhain, occurring at the end of the fall harvest and celebrated from the 31st through November 2nd.

Both of these holidays will connect students to some pretty ancient ideas that cut cross several cultures.

The pumpkin, Halloween’s signature decoration, is actually a relative newcomer to the holiday. Originally, there would have been carved turnips, potatoes, and even beets decorating windows and doorways! Here’s a pretty horrific-looking carved rutabaga from an Irish Museum. Maybe your students can judge the best fruit, vegetable, or tuber to carve on a holiday. Have a debate (and see how far out their ideas get)!

The term Jack-O-Lantern evolves from an Irish myth about Stingy Jack, who became Jack of the Lantern. If students took a liking to carving a different food, let them concoct a myth explaining the origin of their idea.

Our own culture’s view of Halloween is just one of many. Expose your students to some other takes on this holiday:

I love the mishmash of holidays in the film Nightmare Before Christmas. What an interesting study in how perspectives can influence understanding. I bet your students could create some equally interesting holiday collisions (Leprechauns delivering Easter Eggs?).

Mentioned earlier as part of Fantasia, but Mussorgsky’s “Night On Bald Mountain” is a rich piece of music to expose your students to. Can your students create stop motion films or skits to go with this evocative song?

Finally, how many of your students are familiar with the hilarious misadventures of Peanuts’ Linus while waiting for The Great Pumpkin? Perhaps your class can invent a generous mascot for Halloween like the mysterious Great Pumpkin.