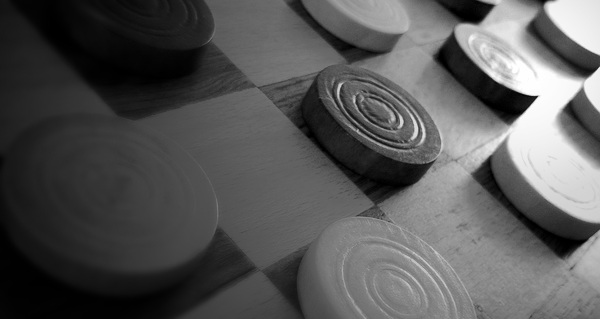 Even the simplest game takes on interesting new twists when we alter the rules a bit. Earlier, we examined chess variants. Now let’s look at ways our students can modify checkers and turn this children’s game into something new to explore.

Turkish Draughts offers a simple variation: pieces move horizontally and vertically rather than diagonally. The setup of the pieces is quite different, but otherwise the game is played the same.

Players still jump to capture, and pieces become kings on the last row, just like in checkers. Standard pieces move one space forward or sideways and kings can move any number of spaces.

This one’s great since kids can play it with standard checkers equipment.

This variation retains the rules of checkers but is played on a hexagonal board. The shape opens up new strategies. For example, pieces now have up to three forward moves rather than two. 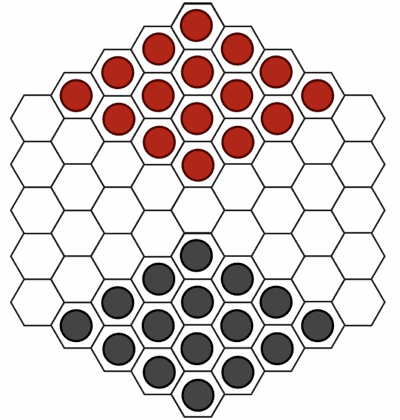 You’ll need to make new boards for this one, but I’ll bet an enterprising student would help you out!

Tiers is played with standard checkers equipment, but plays with the concept of kings. It is by far the most intriguing.

Upon crossing the board yet again, the king becomes a quad king, in addition to jumping two pieces at once, a quad king can jump a blank space and an enemy in one move.

The quad king can be upgraded to an ultra king! Ultra kings can teleport to any open space on the board. They can also capture (or “consume”) enemies simply by being next to them, although they cannot also move on this turn.

Finally, an ultra king that has been upgraded to a double ultra king can make two moves per turn, including teleporting and consuming a piece next to them.

I have a feeling that your students will get pretty into Tiers!