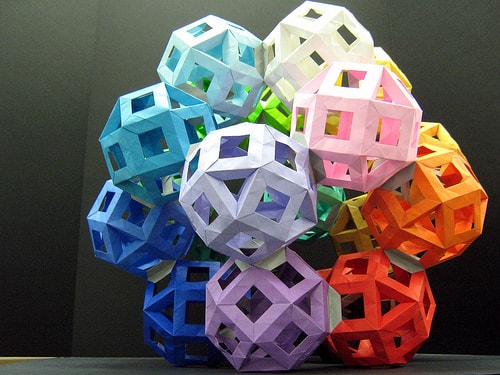 Looking for some ways to challenge your advanced mathematicians? If you’d like to keep them on the same topic as the rest of your class consider increasing the complexity of your current unit. If they’re in need of more advanced curriculum to keep their creativity flowing, try to bring in novel ways of looking at math.

Need to give certain students a bit of a boost (or convince them of the necessity of showing their work)? Try increasing the complexity of their practice problems.

Replace Integers With Fractions or Decimals

If your students are capable, incorporate both decimals and fractions into the same exercises. This will require conversions and develop some problem-solving sense (is it easier to convert to decimals or fractions?). Then, for the icing on the cake, demand solutions in both decimal and fractional form.

I think estimation is a highly valuable tool, yet most students don’t know how to actually use it. Bring in real data and don’t simplify the numbers. Use these “ugly” numbers to teach the true value of estimation and develop students’ intuition when working with math.

Are you working with percents? Tell students that Kobe Bryant‘s career free throw percentage is 83.8%. Ask them to estimate how many free throws they’d expect him to make out of 210 shots. Don’t allow paper, pen, or calculators. Then have students check how close they were. Encourage discussion about how students rounded numbers and how it affected their estimation.

Besides increasing the complexity of your current math unit, try to bring in new ways to look at math. All of these ideas would make great compacting activities or options for an extension menu.

This will really twist students’ minds and possibly create a deeper understanding of our own decimal, or base ten, number system.

Computers use a base two system known as binary in which there are only two numeric symbols: 0 and 1. As a result, when you add 1 + 1, there is no 2. Instead, you regroup and reach 10. ﻿﻿Here’s a fantastic use of the Socratic Method to teach binary.

The following are correct equations in binary:

Hexadecimal (or base sixteen) is also commonly used in computer science and uses sixteen numerals (0 through 9 and A – F). In this system A is equivalent to our 10. Here are some true equations in hexadecimal:

Historical Use Of Non-Decimal Systems

These non-decimal systems are not restricted to computers. The ﻿Mayan’s used a base twenty system while the Babylonians used a base sixty system. Imagine having sixty distinct numeric symbols! How would it change arithmetic?

In the same vein, increase students appreciation of our Arabic system by trying arithmetic using Roman Numerals. Or investigate how did Chinese used ﻿number rods to perform arithmetic. Look into the abacus and its use as an early calculator.

These activities make great explorations for students who have already demonstrated mastery of grade-level standards and will encourage them to think about math from multiple points of view.