My child is technically in the “Duplo age range” these days, but, friends, he’s totally bored with Duplo. He’ll play with those big bricks for just a few minutes before he gets grumpy and starts smashing.

Now, the typical differentiation advice (given by people who never actually write differentiated tasks) would be: Start with the standard and then EXTEND up!

My kid gets bored by the very shape and size of Duplo! You could ask him to build the darn Eiffel Tower out of Duplo and he’d lose interest. Trying to EXTEND Duplo does not work because the material is inherently uninteresting to him. (Now there’s nothing inherently wrong with Duplo! We had many good months with it.)

Scaffolding Down, Not Extending Up

BUT! Give him a handful of Lego pieces, and he’ll build for half an hour straight — and that’s an eternity for his mom and me. We watch in utter astonishment as he puts his “concentration face” on and snaps the tiniest pieces together. In fact, we find it fascinating that it’s the tiniest of pieces that interest him most (and of course are most easily lost!).

Well, as I’ve written before, kids simply want to be interested! It didn’t matter that Duplo was age-appropriate. The material was just uninteresting to him. Its very simplicity was frustrating. (I think this is something I underestimated as a teacher. I was so worried about kids getting frustrated by complexity, that I overcompensated and frustrated them with simplicity.) 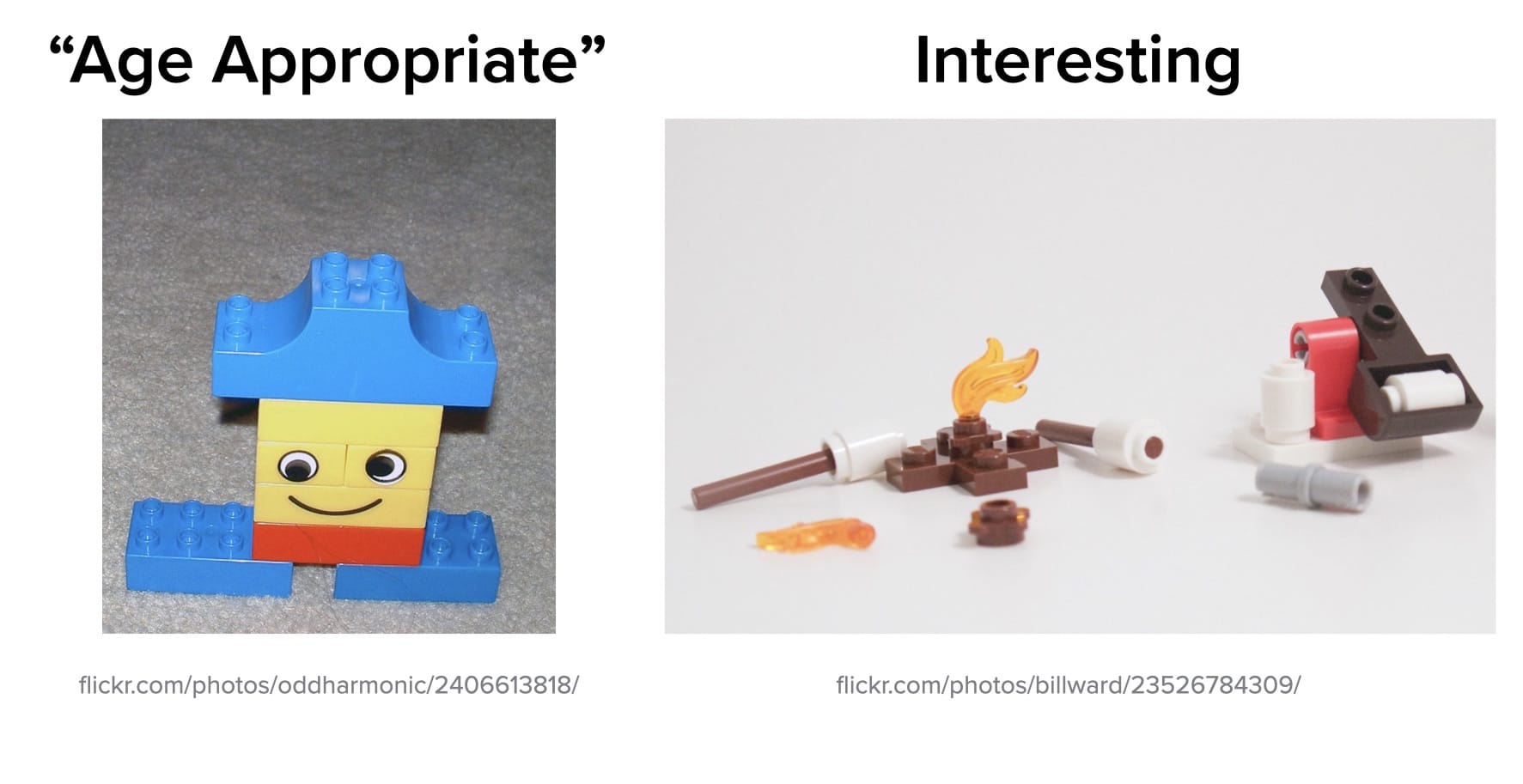 And this is true whether we’re working with a toddler, a 5th grader, or a high schooler. We cannot “extend” something that is too simple to begin with. I wrote about that in my article on High Ceilings and Low Floors.

We do this in all other domains!

The thing is, we do this naturally with kids in all other areas of their lives. We start with something they are interested in. Of course, it’s usually way too complex, so we simplify it as necessary.

In areas outside of education, we naturally start with what is interesting and then scaffold down only as much necessary. We would never force a kid to play a simplified version of a sport or an instrument if they were ready and willing to take on the real thing.

I mean, can you imagine forcing a kid to use bumpers in bowling because it’s “age-appropriate.” 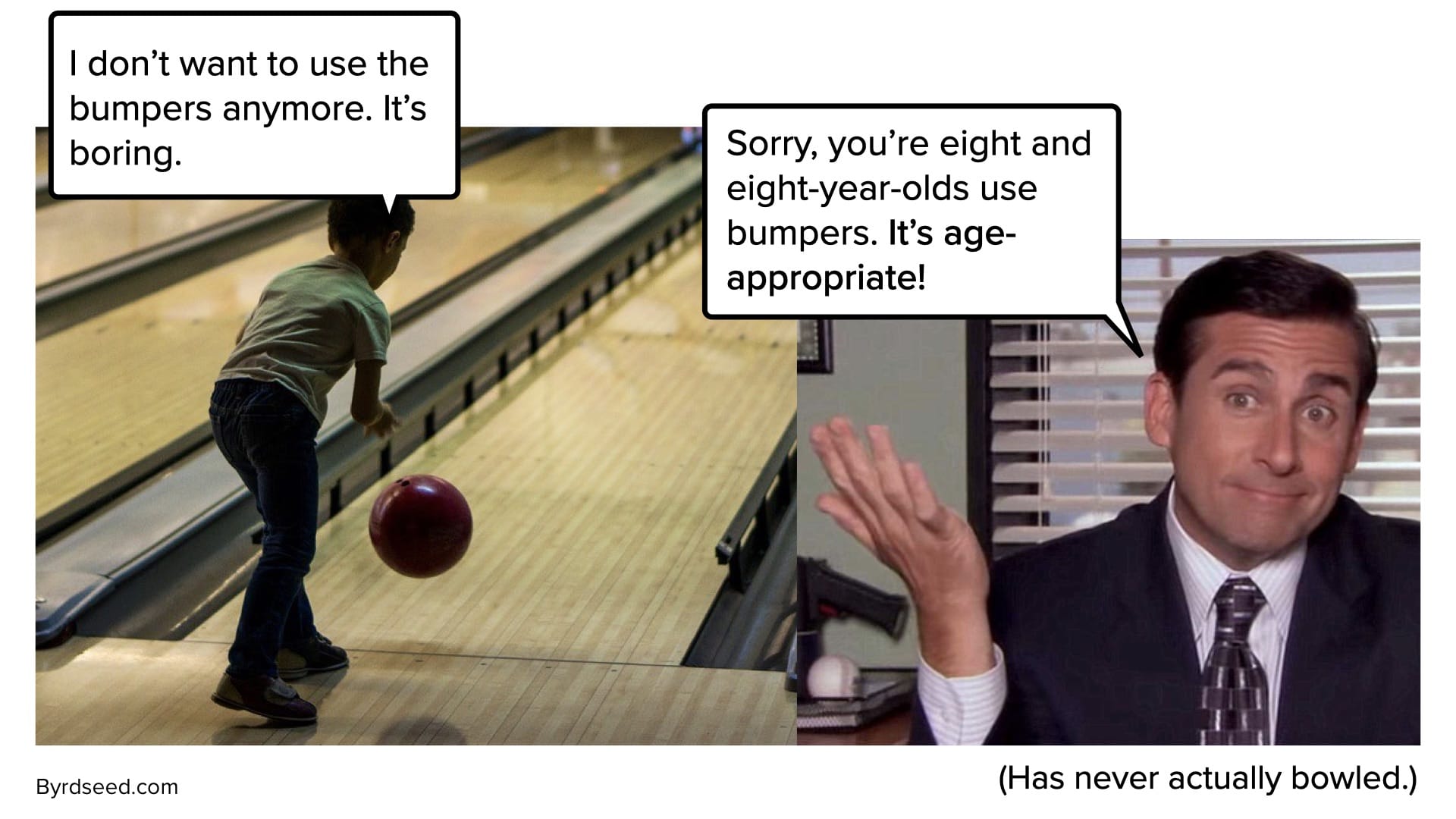 So we’re all done with Duplo in the Byrd house! We buy small Lego kits and scaffold down, even though they’re technically beyond his age.

It’s so much easier, and so much more respectful, to give students something appropriate to their interests and then scaffold down rather than starting with something (cough cough) “age-appropriate” and then trying to artificially extend it.