Let’s teach students to think like philosophers. We’ll first ask them to evaluate characters’ actions based on another character’s point of view. To add another layer, we’ll teach kids about philosophers and use their points of view as well. 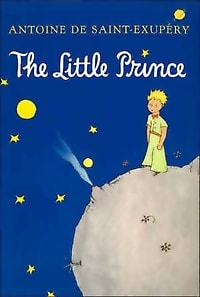 It all started with The Little Prince, an incredibly deep novel that’s easily readable and clocks in at 100 pages long. The class read it as a novel study, but I felt like we barely scratched the surface of its layered meanings.

Sure, we could have studied this novel until the end of the year, but there are so many other great novels to expose students to. So how do we continue to take advantage of a novel’s depth?

Bring A Character Along 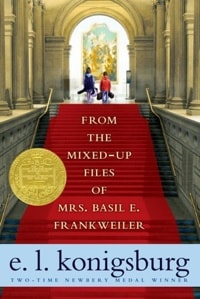 I decided to invite The Little Prince over to our next novel study by reusing his unique point of view. So, as we read From The Mixed-Up Files of Mrs. Basil E. Frankweiler, students evaluated how The Little Prince would judge Claudia, our new protagonist.

At a recent training, my friend and colleague Linda Gillen discussed her class’ recent interest in philosophy, and it occurred to me that the Little Prince’s “point of view” is really his “philosophy.”

I explained that a philosophy is a character’s big idea towards an ethical issue. The Little Prince believes that spending time with the things you love is important. This philosophy drives his actions and interactions.

Begin with a couple of examples: I used my imaginary character, the extremely mean teacher named Mr. Boid, as an example, contrasted with Ms. Frizzle from The Magic School Bus.

Then I asked students to identify other characters’ philosophies:

The Brick Pig would approve of Claudia’s plan to run away because she has put so much hard work into planning the escape, but The Giving Tree would not approve, since her plan is selfishly motivated.

But we can go even further!

What about the great thinkers? Philosophers like Socrates, Aristotle, Confucius, and Descartes could also serve as points of view. I defined their beliefs as succinctly as possible:

Now students can apply these philosophies in their evaluation of characters:

Socrates would not approve of Claudia’s plan because she is acting out of ignorance of how much her parents love her, but Aristotle would approve since she’s strengthening her friendship with her brother.

The best part is when students’ opinions differ. Some might apply Aristotle’s philosophy differently, arriving at a conflicting conclusion.

Thinking At A Higher Level

With this simple introduction, you will expose students to hugely influential thinkers, give them insight into the “meaning of life,” and broaden their perspectives when analyzing characters. After a few lessons, students will be discussing the morality of characters’ decisions using the philosophies of The Little Prince, Socrates, and Confucius.