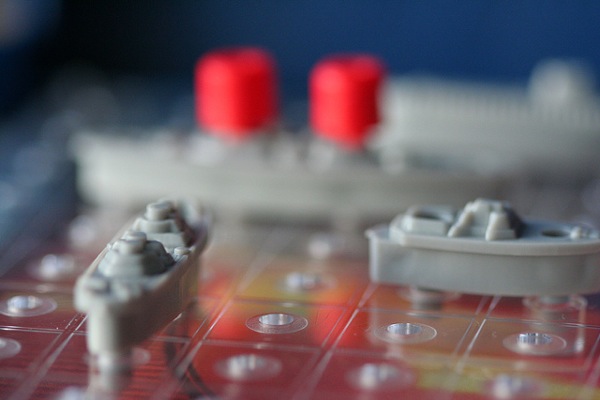 As I’ve been thinking about how to develop useful math projects, I settled on a four-item checklist:

If you know where to look, the web is rich with authentic data, but it doesn’t necessarily have an intriguing conflict. The measurements of the Great Pyramid are cool, but where’s the conflict? Where does the project go? What draws students in if they’re not inherently interested in pyramids?

Let’s find the conflict in our data and get students asking questions that require math to answer.

As always, a never-ending hat tip to Dan Meyer for inspiration.

If we’ve got one interesting piece of information, we can jam it together with another. This juxtaposition often shines light on otherwise hidden conflicts.

Usain Bolt’s Olympic record for the 100m dash is impressive, but does it have a juicy conflict? Combine it with the fastest mammals on earth and one has to wonder how Bolt would compare. Is he still the fastest? Is he even on the list? How much faster is the fastest mammal?

These are all “math questions” that can lead to an interesting investigation for our students.

Take the the Dallas Cowboys’ total attendance for home games in 2011: 684,096. Ok. So what? Combine it with the Bears attendance of 497,166 and an intriguing conflict blooms. Why do so many more people attend Cowboy games? Is it always like this? Is the comparison fair? How do the other teams compare?

We can also find conflict by look at the changes in data over time.

Here’s the history of the 100m olympic record. The fastest humans keep getting faster. So how quickly is this record changing? Is there a point where humans will out-sprint the fastest mammals? How long will this take? Is it physically possible for our bodies to get much faster?

Look at the Cowboys’ attendance over three years:

New questions jump out: why is attendance going down? Is a 30k drop significant? Is the decrease speeding up? When will there be no one at a Cowboy’s home game?

Combine this with the Bears’ attendance over the same period and even more conflict arises:

Why are the Bears maintaining their attendance while the Cowboys aren’t? How long until the Bears’ games are better attended than the Cowboys? Why is this happening!?

Finally, we can take data and then zoom out, looking at it from a larger context.

The United States has a population of 314,785,000 people. That’s a lot of people, but now look at the bigger picture: this is only 4.5% of the earth’s population. I can’t help but ask: what countries make up the biggest chunk of the other 95.5%? How many countries are more populated than the US? What percent does China represent? How many USs make a China?

Let’s look at the Cowboy’s attendance from the zoomed out perspective of the city of Dallas.

Even though I’m not a football fan, there’s a natural conflict that draws me in. Chicago’s a significantly larger city, yet fewer people attend Bears games. Why?

I’m cataloging authentic data that I’ve come across, but what if you want to find your own? Where do you start? The internet’s a big place.

My richest source of data is Wikipedia. To dive straight into that richness, simply search Google for “wikipedia fastest” or “wikipedia best selling” or any other combination of “wikipedia” and a superlative. You’ll find some great data.

From these types of searches, I find

Start bookmarking the ones that really interest you. Print them out and collaborate with your colleagues. Share them on Twitter. Once you find a truly intriguing conflict, the project will build itself.

Math projects that cross disciplines, brain-busting math curiosities, and differentiated lessons that will get your students thinking. Check out the Byrdseed.TV Math Archives!