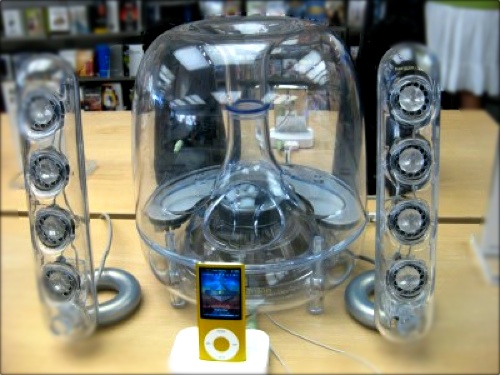 One week before my first classroom opened its doors, I attended a workshop by Rick Morris, who, among dozens of amazing tips, highlighted the ways he uses music to manage his classroom.

Ever since, I’ve used the theme from The Andy Griffith show as a cue for students to return to their seats. These musical transitions have saved my voice years of wear and tear.

Here are some of the ways I’ve been getting music into my classroom.

Playlists are a simple idea in iTunes: just drag the songs you want, and they will play in the order you desire. 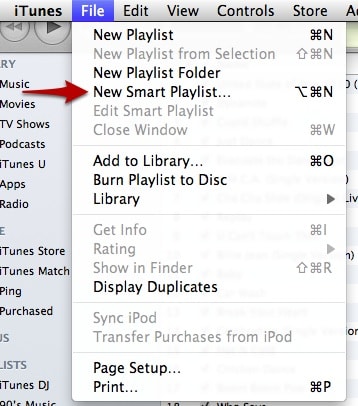 However, a smart playlist is far more powerful for the classroom. A smart playlist automatically picks all songs that meet certain criteria that you select.

The most useful application in the classroom is that a smart playlist will find songs you haven’t listened to recently and play those first, keeping your classroom music from growing stale.

For example, I have a smart playlist that automatically pulls in all songs in the “classical” genre that do not have a “one star” rating. The smart playlist orders these songs according to “least recently played.” Here’s what it looks like:

These keeps the playlist fresh, since only unplayed songs are at the beginning of my playlist. It automatically includes any song labeled classical, and I can remove songs from the playlist simply by rating them with one star.

I named this playlist “classical” and simply double click it when I need some background music in the classroom.

The best part is, if I download or import a new CD of classical music, those songs are automatically included into this playlist. And these songs will be put first on the list, since they haven’t been played yet.

Here’s a more complicated smart playlist that will automatically include songs that I haven’t listened to in two weeks, have at least four stars, are less than five minutes long, and are no older than 2009. iTunes will pick 25 songs that meet this criteria, and sort them randomly.

Pandora is a streaming service that offers a free plan (with commercials) or a paid plan that is ad-free. Using Pandora, you develop your own radio station by typing in an artist you want to listen to. 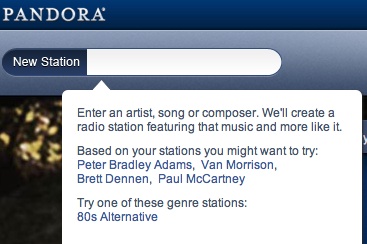 Pandora then plays songs that are similar to that artist. You can give feedback by clicking thumbs-up or thumbs-down. Pandora then tweaks your radio station based on this feedback.

Anytime you are listening to a song, you can ask Pandora why it picked the song and it will give you the criteria. Here’s why Pandora picked “Man In The Mirror” for me:

Naturally, you can create multiple stations for different occasions. For example I have created everything from a holiday station to a station based on video game theme songs.

The downside to Pandora is that you cannot simply request a certain song or artist. My Michael Jackson station plays songs by Janet Jackson, Jackson 5, Prince, and other artists deemed “similar” by Pandora.

For the holidays, Pandora has been fantastic in the classroom. I just turn on my holiday station and we are treated to a variety of wintery music that I don’t have to spend a dime on.

Pandora is available as a free app for your smartphone and can also be played through the Pandora.com website. Note that using the smartphone app is a great way to get around potential district blocking.

Rdio is a pay service, with a monthly fee. This gets you direct access to almost any song you can think of without needing to actually buy the songs. 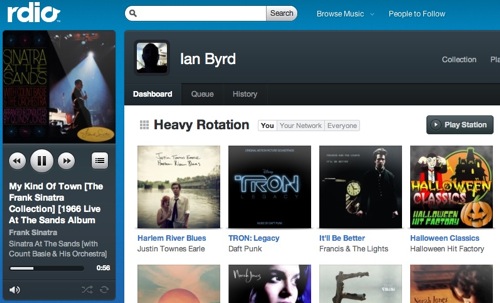 For example, I wanted to use the theme from I Love Lucy as students approached the projector to present a sample project. A couple taps on the Rdio app on my phone, and we were listening to this TV classic.

During Halloween, I made liberal use of the themes from Ghostbusters and Thriller, both available through the Rdio app.

As my students developed movie trailers, I quickly brought up the evocative soundtrack from Tron: Legacy as background music while they worked.

Rdio doesn’t have every song or album (The Beatles are notably missing), but there’s an amazing selection that has rarely let me down. For $5 or $10 a month, it offers a great value for people who frequently listen to a variety of music.

It’s also useful for rainy days when students are stuck inside, we can cue several requests during lunch and hear the songs they are interested in (which otherwise I would probably not own).

Again, your district may block streaming sites such as Rdio, but I simply use my phone and plug it into a set of speakers.

I had so much success with using The Andy Griffith song as a transition, I decided to find a quick, 45 second math transition. Unable to think of a fitting tune, I opened up Garageband on my laptop and wrote my own!

With a surprisingly loud beginning, a strange low-voice, and an opera-style singing part, it’s the song my students love to hate. They playfully grumble and roll their eyes as it starts up, yet by its conclusion, their homework, notebook, and whiteboard are ready to roll (and sometimes I even catch them dancing in their seat to it!).

Feel free to use this math transition (mp3) in your classroom to get kids ready for a math lesson.

I bet you have a few students who would love the chance to write their own transition songs for your classroom.

So, how do you use music in your classroom, any tech tips for making the most of it?

Don't have time to create differentiated lessons? Byrdseed.TV is packed with pre-made resources to save you time (and delight your students). The current registration window closes on Apr 30th.