We’re very aware of our own messy processes, but end up comparing our effort to other people’s beautiful, final products. Other people’s effort is often invisible. And it’s a sure path to impostor syndrome if you think you’re the only one who struggles to create.

As a way to help highlight the process behind those perfectly polished products, I’ve started a new catalog of links that’s all about showing the work. Whether they’re films, books, comics, video games, or songs, it’s so easy to overlook the tedious work, unglamorous workarounds, and endless mistakes behind these creative products.

Take for example, this behind-the-scenes photo from an iconic scene in Empire Strikes Back: 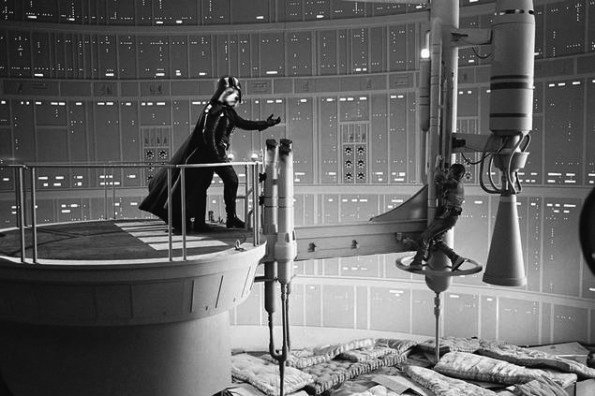 Who would have thought, amidst the galactic drama, that there were a couple dozens mattresses laying around the set!?

And delight in the amazing camera work from this scene in The Bourne Ultimatum.