Here’s the “annual” Byrdseed report for 2017 (only 6 months late, which will tell you just how wild the beginning of 2018 was for me).

I was involved in 45 events in 2017! Thanks so much for having me — seriously. I spoke in 14 states, including my first time in Maine, Arkansas, Minnesota, Michigan, and Idaho. Texas was my busiest state with 13 trips. California, Colorado, and Ohio were also frequent destinations. I flew over 100,000 miles for Byrdseed business!

Here’s the US states I’ve worked in so far: 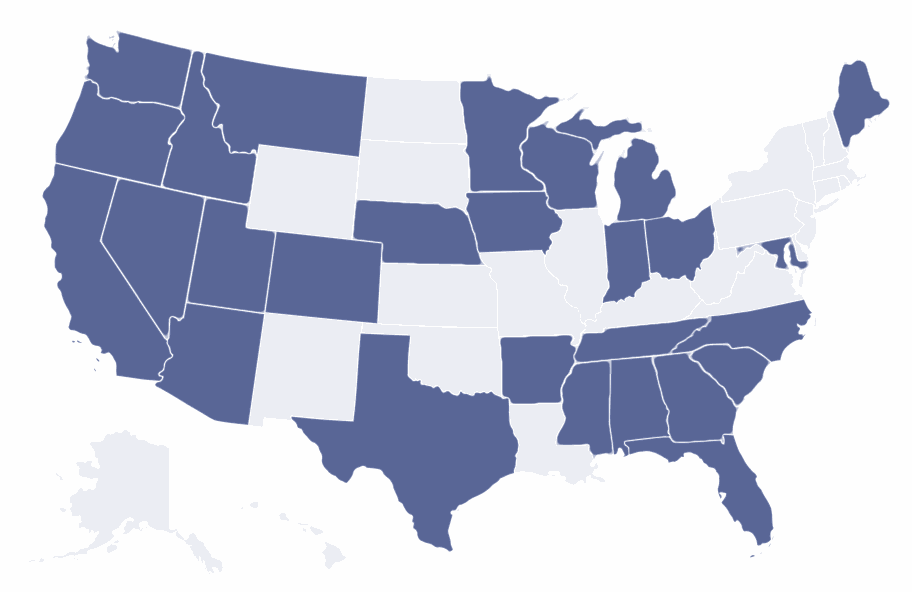 Hit me up, Northeast!

I published a whopping 54 posts on Byrdseed.com in 2017 (you can find them all here). The site continued to grow in terms of traffic (which always surprises me!). Here are the median monthly visitors over the past 8 years (yes, we are approaching Byrdseed’s 10th year!).

There’s something to be said for just keeping at it!

It’s always fun (and humbling) to see where folks access Byrdseed from. Most of you are in the US, but here are the top five countries in terms of visitors:

As you may already know, Mary became pregnant in 2017 (and he turned out to be a boy – but that’s for 2018’s recap!). A big theme for 2018 is learning to adapt my business to be there with Baby Henry (I’m on a trip right now and miss him!). I’m trying to figure out how to travel less while also supporting our growing family.

As always, I am grateful to your support, whether you’ve hired me to speak, subscribed to Byrdseed.TV, bought a product, or just been here as a subscriber! I have a strange job, which I enjoy very much, and that is only possible thanks to you. I’m here to help however I can! My email is always open: ian@byrdseed.com or I’d love to hear from you on Twitter: @IanAByrd