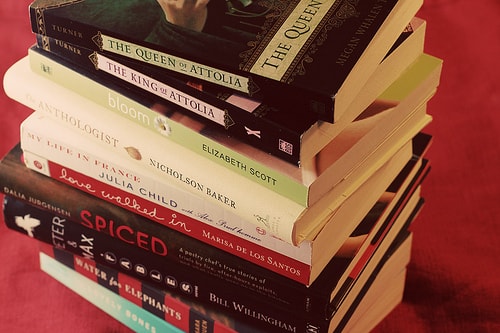 I have never been a fan of the “Book Report”, the traditional listing of characters, settings, and plots. Surely there’s a better way to have students relate to the books they read.

So, when the powers-that-be requested that our students write book reports, I just had to jump in – or rather, I was volunteered. In any event, there I was convinced that therewas something better, another way that would be interesting to 6ththrough 8th graders. And so I began to list all the things I could do after reading a book.

Then, something wonderful happened. I began having all kinds of neat, interesting ideas. The more I thought about it, the more ideas came. And not just ideas butways to approach the ideas: monthly themes and kids’ choice.You could even have students develop their own ideas.

So, here is the list I created as my mind delved deeper and deeper – some I’ve gotten from some really creative teachers – thanks Ian! – others I’ve done with my students.I consider it a work-in-progress and look forward to continually adding to it.

The beauty is that there really are no limits. We just have to allow ourselves to think “outside  of the book report”.

And some more, this time from Carissa:

Erika Saunders is a Special Education and Mentally Gifted Teacher for grades 6th through 8thgrade at an inner-city school in Philadelphia. For more of her quirky views on life, visit her blog: ://theytoldme2write.blogspot.com/ or follow her on Twitter: @rozelialives.