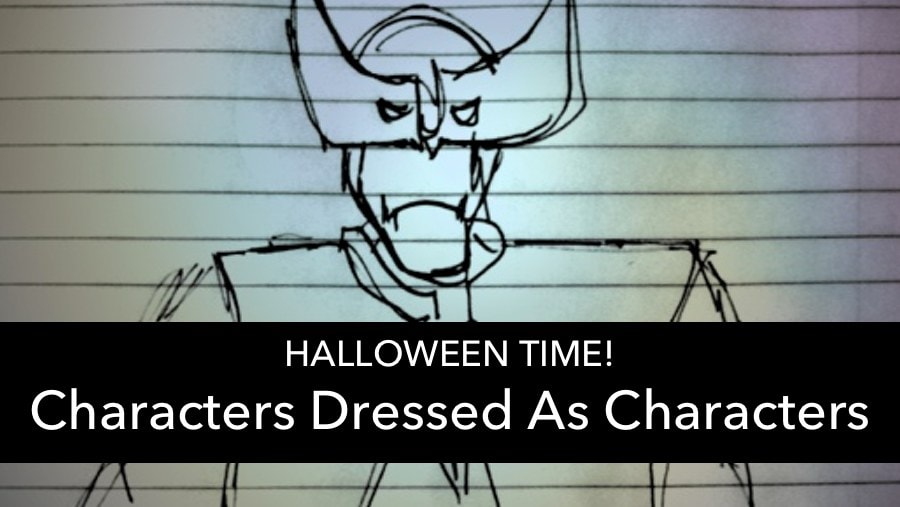 Characters from film or literature dress up like other characters based on some parallel such as conflict, trait, accomplishment, etc.

Want to see a kindergarten implementation of this? Check out the Not Just Child’s Play site.

What Do I Do With This?

The overall idea is to get kids thinking about parallels between characters, especially that good characters are often built on existing models, but this would be a fun Halloween day activity:

Each student gives you a sentence describing their two characters and the connection:

Syndrome, from The Incredibles, comes dressed as Darth Vader because both sought training from masters, but then turned against those masters

This could be homework or classwork, but you’ll need it at least a day before Halloween so you can create…

You’ll build a table with all the characters, but missing the connecting trait, like so:

3. Students Work to Figure It Out

Great for Halloween day. Start as solo work, then let kids collaborate. Eventually, share out with the whole class. Maybe offer a prize for the most correct connections.

Note: Don’t name the student who created each connection on your table, or kids will just run to their classmates and ask for the reasoning instead of puzzling it out.

Not sure how to include it, but I love the idea of kids trying to draw Wolverine dressed as Han Solo and then writing out the connection. What an awesome display on a wall: