One of my favorite tactics to improve students’ understanding is a nice and terrible non-example. Often, seeing a very bad version of something helps us see why a great example is great.

When “Bad” Helps To Understand “Great”

Steven Spielberg is an outstanding action director. But why? When I watch Raiders of the Lost Ark, I certainly like it, but it’s hard to know exactly what makes it great.

Enter Mystery Science Theater 3000, a show in which a man and two robots watch bad movies and make funny comments (a staple of my childhood). 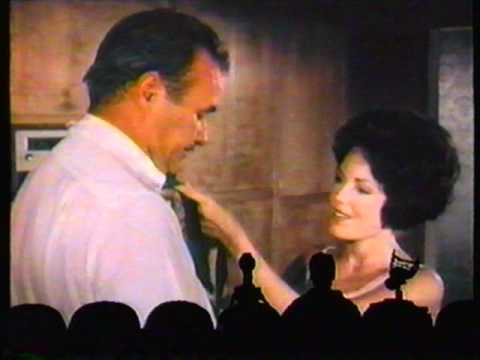 My wife and I watched the Werewolf episode (which, amazingly, is available in its entirety on YouTube). We marveled at how terrible the action scenes were. The cuts were confusing. We couldn’t tell where the actors were in a scene. Rather than having fun, we ended up with headaches.

This terrible experience clarified why Spielberg is a great action director. Re-watching Raiders, I could see how well he set up the action, keeping me aware of where everyone was and where they were going. I never felt confused. The scene just flowed.

Likewise, while watching the NBA Playoffs, seeing a perfectly-run defense isn’t as helpful as seeing one terrible defensive play. **When a team messes up, I can finally see what makes a “good” defense so good.

Why is Super Mario Brothers a classic video game? Pop in a random game from the 80s and it becomes immediately apparent just what makes Super Mario great.

So, yes, high-quality examples are important. But the power of an example increases when paired with a non-example.

How NOT To Do A Push-Up

Consider how powerful it is to demonstrate a correct push-up and then show some bad versions. You’ll communicate far more information than the example on its own. With several non-examples, you’ll immediately clear up common mistakes and misunderstandings. Plus, non-examples are super fun to create and deliver. Think of how you’d show a kid how not to do a push-up.

How NOT To Draw An Elbow

Flipping through my Art of Adventure Time book, I was struck by how many example/non-example explanations I saw for how to draw in the show’s style. 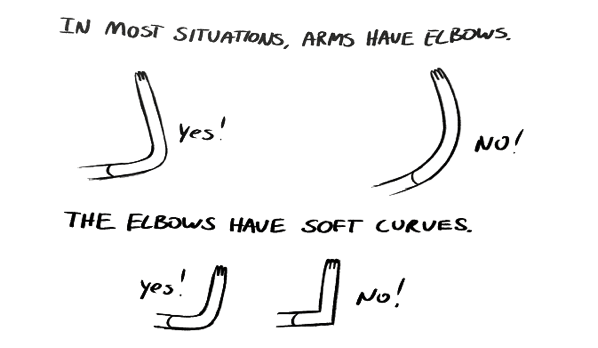 Notice how the example and non-example work together to clarify that tiny written explanation. I totally get how to draw an Adventure Time elbow but needed very few words.

Here’s a super simple (and hopefully relatable) example. You told your students where to put their names on their papers, but some kids are still writing them all over the place!

Of course, come back to that example in the end to highlight the right way, but think about how memorable and clear your instruction has become.

It’s the same when teaching. If we only show students the “great example,” they won’t understand why it’s great. Accompany those exemplars with a terrible non-example.

These non-examples are quick, they’re super fun to create, and they really help those students who simply don’t understand why a good example is good.

Raise The Roof & The Floor

Is there something your students keep doing (or keep not doing) year after frustrating year? This is the perfect chance to bring in a non-example to enhance your explanation.