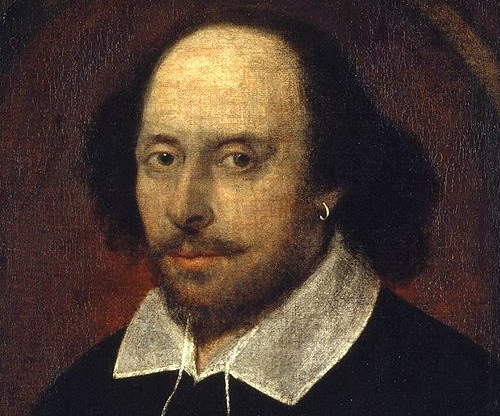 I love the end of the school year because it means my 6th graders get to learn about ancient Rome. And with Rome comes my annual attempt to get through Shakespeare’s Julius Caesar.

To a young student, Shakespeare is the academic equivalent of Mt. Everest. However, with a little coaching (ok, a lot of coaching), my students are able to dig into the Bard’s words and pull out an understanding of the plot as well as some of his incredible figurative language.

Here’s how I tackle Shakespeare with my gifted elementary class.

Shakespeare seems stuffy to the average student, but wait until they see:

Shakespeare is not the dull academic we assume he would be!

Be sure to open any study with an explanation of Shakespeare’s time. Address misconceptions and explain that:

Explain The Contribution Of Shakespeare

Why do we read Shakespeare’s works hundreds of years after his death. Besides his beautiful writing and complex characters, Shakespeare has direct contribution on our modren world.

Students may have heard famous sayings such as:

Investigate the parallels of Shakespeare’s writing with modern day movies:

A look into Shakespeare’s sonnets may be a more manageable starting point than a full blown play.

The background on the sonnets are as fascinating as the plots of Shakespeare’s plays. A fair youth? A rival poet? A dark lady? Shakespeare the spurned lover? Be sure to explain the “private diary” style of writing (these poems were not meant to be published). Play up the mystery of not quite knowing the true meaning behind these poems!

Sonnet 18 is probably the most well-known and will give your kids something to hang their hat on (“Hey! I’ve heard that line before!”). Rich with figurative language and (gasp!) romance, this is a fun poem to have students read aloud (perhaps to their dog, their favorite pencil, or even their teacher!).

It will also give you a chance to introduce Iambic Pentameter and the concept of working within a structure. Try incorporating the big idea that “structure leads to creativity.” Shakespeare chose to work within an incredibly limiting structure for all 158 of his sonnets. Yikes!

Be sure to prepare students to understand Shakespeare’s unique sense of humor. I set up an understanding for puns earlier in the school year through a “Very Punny” homophone assignment. When we arrive at the first scene of Julius Caesar, I discuss the job of a “cobbler” so students understand the plays on:

We slowly go through the play, line by line. As we go, I constantly stop the class and explain meanings and highlight important themes. I also ham it up a bit to remind kids that these plays are meant to be acted!

After reading a bit, I use the iPod and play the same segment from an audio book.

Then, as we get moving a bit more, I bring in a DVD and we watch the scenes we’ve just read.

Since Shakespeare is well beyond our curriculum, and I do this after testing, we are able to go at a relaxed pace without the expectation of completing every scene. If we begin to run out of time, I pick essential scenes so that we have some resolution on the play.

Our read through of Caesar is primarily to reinforce our study of Rome and to expose my gifted kids to something highly advanced and “scholarly.” Assessment is kept to a minimum, just a check to see who’s getting the story. I don’t expect interpretation from my 6th graders.

Putting On A Play!

Nothing stands out from my own days in a gifted elementary class like the plays we put on. By sixth grade, I had performed in Little House On the Prairie, Annie, Peter Pan, two original plays, and MacBeth simply by attending school! These events may seem like a thing of the past, but don’t think you have to create a full-blown production. Consider letting groups act out single scenes or allow brave students to tackle a soliloquy.

I guarantee they’ll remember it in 20 years. Heck, I still remember my lines from our 6th grade production of MacBeth.

Don’t go at it alone! Check out these Byrdseed recommended resources!

Something Rich and Strange: A Treasury of Shakespeare Verse

Features the original text on the left and a modern translation on the right. Invaluable for working your way through those tough passages. Many of my students pick these up when we go through Julius Caesar. Be sure to explain the necessity of working through the original language while using the translation as a guide.

Nothing rolls off the tongue like an ancient insult from The Bard. Also, be sure to enjoy this site which generates random Shakespearean insults. I bite my thumb at you, you naughty knave!
Studying Shakespeare: A Guide to the Plays

Picking up a large guide like this provides insight in to the bigger picture of Shakespeare’s writing. Might want to browse your library before settling on one sine they’re a little pricier than the other resources.
Shakespeare Downloadable Audiobooks 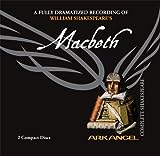 I hook my iPod up to the class sound system and play lines so we can hear a professional reading. Being able to download the file straight from Amazon or iTunes is a bonus!
Shakespeare on DVD

Nothing beats seeing the action on stage and a DVD is the next best thing. Naturally there’s a huge variety of interpretations, so be sure to read those reviews and do your research. I prefer the classic movies since they’re more appropriate for my elementary kids, but with high schoolers you can probably venture into the more modern interpretations.