It’s easy to assume that our brightest students are confident and capable, bursting with self-esteem. However, high self-expectations and surprising insecurities cast a long shadow over their accomplishments.

Television news anchor, Donna Draves, remembers telling her mother she wanted to quit dance lessons because they were becoming boring. She revealed to the research interviewer that… her reason for quitting was actually that she was no longer the best dancer in the class.

From Duke TIP (emphasis mine)

Donna’s story is surprisingly common. High achievers believe that somehow, they have “tricked” everyone into thinking they are great. They think no one else is aware of their limitations.

While attempting to maintain the illusion of perfection, they avoid situations that they might not be the best at. This is Impostor’s Syndrome.

When I learned about Impostor’s Syndrome, I was shocked: it described me perfectly.

I attended UC Irvine on a full academic scholarship, joined the school’s honors program, majored in Computer Science, and graduated with great grades. 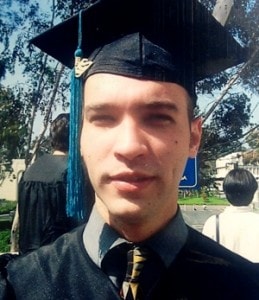 After graduating, I was afraid that if I tried to start a real career, I’d finally reveal myself as a fraud. I dodged interviews and potential employers. With a university diploma in hand, I worked easy, part–time jobs.

I was too afraid to even try to get a “real job.” I thought that once I sat down for an interview, the illusion would vanish. The interviewer would see through me and realize I skated through school without learning anything. They’d laugh me out of the interview.

In elementary school, I was confident and self-assured. I tried out for lead parts in class plays. I welcomed being team captain in PE. I sought leadership positions.

The transition to middle school and high school began the feelings of fraud.

I avoided answering questions and dodged discussions with my teachers. These on-the-spot moments were dangerous because I was unprepared. I might slip up, destroying the illusion. And the distance between myself and my teachers increased. Rather than 30 or so students, each teacher had over 100, and they only saw me once a day.

It became quite easy to hide. 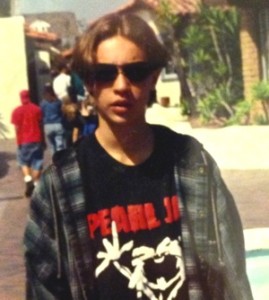 Cool, but not confident :)

I continued to do well on classwork because I could prepare, spending as much time as possible on my responses at home. But each time I succeeded, I felt like I had to hide more, because my deception was getting deeper and deeper.

My successes actually made the impostor syndrome worse!

As I moved on to college, these feelings intensified. I see now that as the distance between my teachers and I increased, the worse these feelings became.

In elementary school, my teachers knew my interests, strengths, and weaknesses. By college, they didn’t even know my face. I felt more and more like I was sneaking past their overloaded plates.

These feelings are consistent with others:

[Impostor syndrome is] a shared learned behaviour common to high achievers – people are left on their own, competition is intense, and there’s not much of a mentor system. From Feeling Like A Fraud (link broken)

Ten years later, I understand the situation better. I needed:

Teachers, stay close to your students. Don’t let the brightest kids just work on their own. This increases the feelings of being an impostor. Give caring, honest feedback of how your best students can improve. Never give the impression that you think they’ve perfectly mastered a topic. They know they haven’t, and then they’ll stop trusting your praise.

Parents, connect your students with experts in their interests so they can get feedback and guidance from a master (whether that’s guitar playing, LEGO building, or acting). And don’t feel bad that your kids don’t trust your opinions! Encourage risk and accept mistakes. Don’t let the expectations of perfection cloud your students’ judgements.

Most of all, make your students aware of Impostor Syndrome, especially as they move along in their educational careers.

Don't have time to create differentiated lessons? Byrdseed.TV is packed with pre-made resources to save you time (and delight your students). The next registration window opens on July 26th. Check out Byrdseed.TV today!