I was explaining some common misconceptions of gifted students when a parent stopped me, asking:

“But how can my kid be gifted but also do poorly in school?”

They understood that it was possible (they were experiencing it, of course), but how could it be possible?

I had jumped to specifics but did a poor job setting up a big picture view. So, how can gifted kids also struggle at school? Here are three images I’m using to explain the how, not just state that it’s possible.

I actually rummaged through my laptop and pulled this one up mid-session. It’s an example of one kind of thinking we look for when testing for a gifted program. Note that there are no directions, just some images and a blank. Which choice comes next? 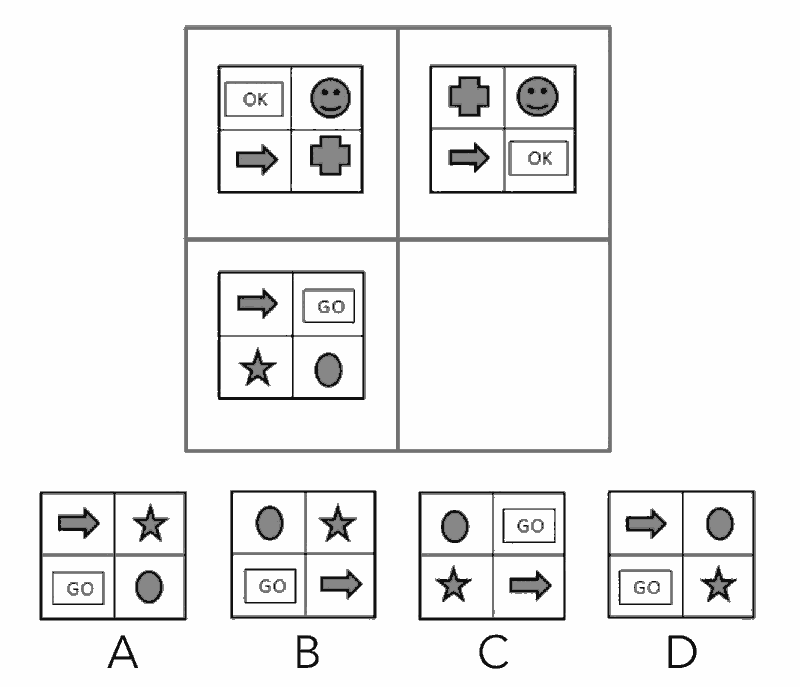 This image was like a jolt of caffeine to the kids in the group. They were immediately engaged, arguing about which image came next and trying to explain why. They got this really quickly without any help or instruction. This kind of abstract reasoning, pattern matching, and independent thinking are hallmarks of a gifted kid.

And it’s very easy to imagine a student who figures this out instantly but also struggles to write essays, finish long division problems, or sit still in class. This test finds a certain type of thinking, not “good-at-school” skills.

This is better than just saying “gifted kids think differently.”

I’ve written about this imagery before (from the book Gifted Grownups), but never used it with parents. Brains are like a bicycle — they have a minimum speed limit. You can only ride a bike so slowly before you just fall over. In fact, bikes become more stable when they roll faster. 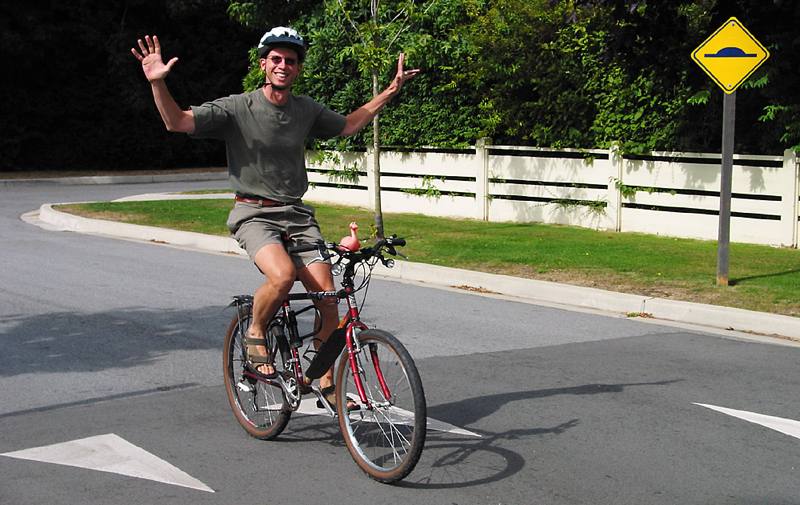 Likewise, if a lesson moves too slowly, students’ brains get wobbly. They get bored. They stop paying attention. They start doing things to entertain themselves. We’ve all had this feeling when we’re forced to sit through something we already get.

Gifted kids simply have a higher minimum speed limit. They need to move faster than their peers to learn. Just as you can’t ask a bicycle to stay up when barely rolling, we can’t expect kids to sit still when lesson after lesson moves too slowly.

Rather than just saying “gifted kids can have behavior problems,” I think this image helps explain the how. Boredom is like a bike that is moving too slowly.

Instead of just saying “gifted kids can struggle to fit in”, I use this image now. 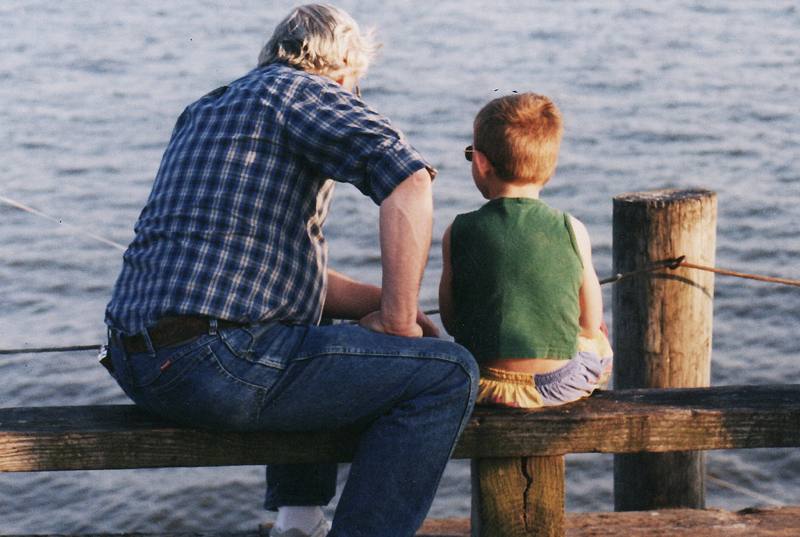 First, I introduce my dinosaur problem from kindergarten. I, like many kids, loved dinosaurs, but my interest was so much deeper than my peers’ that it led to arguments rather than friendship. Among the 6-year olds I knew, no one was as interested as me – and it made me lonely. I had no one to really talk to.

But, if this image were me talking to a retired paleontologist about dinosaurs… I’d be in heaven!

Fill in whatever specific interests a kid might have. This student will gravitate towards people who can meet (or exceed) their own level of interest. This often means they need to talk to someone older than them.

So, yes, gifted kids can struggle to fit in with their peers, but I think this image helps explain how this happens, and offers one solution: find intellectual peers, not just age peers.

I'll send you an article specific to social and emotional needs every couple of weeks. For free! Learn More Here