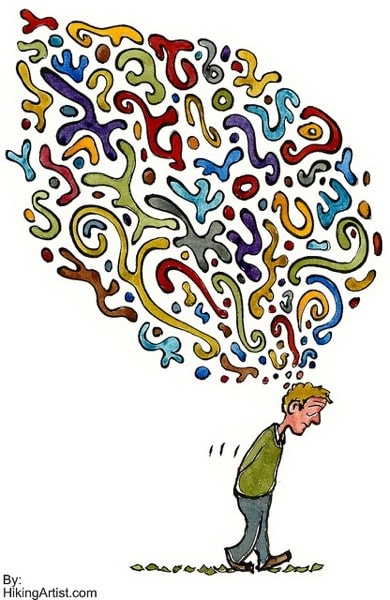 As a teacher, it’s easy to give fill-in-the-blank assignments. They’re simple to grade, provide practice for end-of-year assessments, and are often provided by textbook writers.

Yet this sends a message of “you must follow the directions” to a room of students who are creative, flexible, divergent thinkers. These are the future Noble Laureates, inventors, and revolutionaries. ﻿I’m not sure this is the message they should hear.

Instead, let’s set up questions that allow them (or better yet: force them) to exercise their creative muscles.

You can’t assign creative work and then run it through the scantron machine. This stuff requires reading every answer and grading by hand. And yes, no state test will assess this type of thinking. But our students, especially our gifted kids, aren’t going to become leaders because of their ability to memorize and bubble in the right responses, but because of their innovative and well-thought-out ideas.

As Seen Around The Web

Before tossing out some upper-elementary/middle school ideas, I’m going to send you over to ﻿notjustchildsplay.blogspot.com for some awe-inspiring work done by first graders:

I always include two short-response questions on my weekly language arts tests. Yes, this means a bunch of weekly-grading that could be avoided with multiple-choice questions, but then I couldn’t have fun asking questions like:

Note that you should set these up with characters who could both be good friends or both be good in emergencies, so students really have to think and justify their responses.

As we worked on the 3D Analysis project, my final task was for students to develop a symbol to represent each of their eight characters. These symbols had to clearly show the characters’ morality level, intelligence style, and scholarly habit, yet they could not be literal drawings of the characters.

Talk about a challenge. I had trouble even cooking up a solid example. As a class, we ended up designing an ethics icon with vines wrapping around it to demonstrate a character with perseverance, who demonstrates naturalistic intelligence, but makes questionable moral decisions.

Make Them Argue Both Sides

We just finished reading about the paradox of China’s Great Wall (it caused the end of the Ming Dynasty even though they built it for protection). Students imagined they jumped back in time and had to convince the Ming Dynasty to halt construction of the wall. They wrote this as a paragraph anchored with the generalization “causes lead to unexpected effects.”

Then, I told students that (oops!) their advice still led to the downfall of the Ming Dynasty. The emperor decided to stop building the wall, yet his dynasty still collapsed. Students had to write an apology paragraph to the Ming rulers explaining how choosing not to build the wall also lead to their downfall, reinforcing the idea of unexpected effects.

This really twisted some of their minds, and I got some amazing results.

These tasks will reveal two sides of the gifted mind. Some students will take to these open-ended questions like a fish to water. Another set will ask endless clarifying questions and generally be reluctant to jump in.

These seemingly contradictory mindsets are both typical characteristics of gifted learners. Gifted students can work very well on open-ended tasks, yet there can also be a fear to take risks, especially as they get older.

Be aware of this fear and encourage students by providing an environment that acknowledges the possibility, and necessity, of failure.