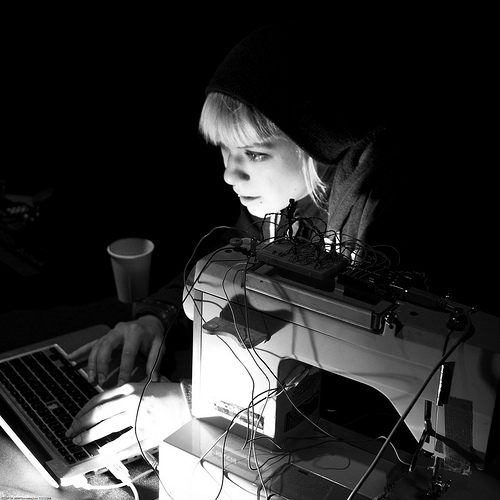 So, you’ve decided to extend silent reading time to expose your students to important ideas. As mentioned in the previous article, Vivaldia’s Four Seasons is a great way to start this.

Gustav Holsts’ The Planets is a great next step. Many of my students have an affinity for memorizing gods and goddesses and took an interest in representing them through music.

As soon as students reveal an interest, I know we’ve got to go to the upper realms of Bloom’s Taxonomy and create something. So I began asking them for groups of items from nature along the lines of the four seasons or the planets.

As a class, we began brainstorming, and, as usual, they went far beyond my own thinking. Some of my favorite ideas were:

They Take It Further

But then, students asked, “Does it have to be from nature?”

Of course, you have to say “yes” when students ask for permission extend an idea. This led to:

Now, before we went to lab, my class completed a “pre-write” outlining the characteristics they planned to “show” through their song.

Example My first song is about the element of fire. I plan to create a song that sounds aggressive, alive, and hot.

Then students should explain how they will “show” these characteristics through music. This helps them focus and eliminates time–wasting fiddling when we enter the lab.

Example I will make my song aggressive my including loud drums with fast rhythms.

Once we were in lab, students opened up Garageband (PC users, I believe Audacity is your best free option) and I showed them the basics.

For the most part, however, my students can figure it out their own, and I’d prefer not to get in the way of their exploration.

As I stroll around lab, I tend to answer technical or clarifying questions. My favorite was: “Do we have to use the loops in Garageband, or can we write our own music?”

How Can You Justify This?

So now the class is clicking away in silence (thank you to a donation of headphones!), completely engrossed in creation.

Sadly, our fear is that this scene will result in uncomfortable questions from a wandering administrator: “What standard does this cover, where does this fit in the instructional minute guidelines, which reading strategy are you teaching?”

“We’re practicing the reading skill making inferences by developing works of art that require inferences from our audience. Only, since we’re working from the point of view of a creator, we’re technically learning to imply.”

I can’t imagine anyone having a problem with that.

At this point, students went to the next level by dragging their songs into iMovie (a PC equivalent is Movie Maker, but please let me know what else you use) and hunted for images online to go along with their music.

In the end, students developed a music video for a modern version of Vivaldi’s Four Seasons. Not a bad for a week or so of work!